- September 08, 2021
Is it just me or are you also compelled to think out of the box while examining the patient?After all,eyes see only what your mind allows. Days automatically turn exciting when i unfold my day working in an academic institution,it fills my heart,it gives me an immense pleasure , makes me feel that I belong here. While i was mapping my own thoughts , a middle aged man suddenly entered the OPD room.He introduced himself and proudly told me that he was a farmer who works hard so as to help put meals on the table for his family.His humbleness brought a smile on my face and i asked him what brought him to the hospital.The poor man’s concern was that he started having intermittent flank pain bilaterally since months which prevented him giving his all on his field.The man denied any history of fever,backache or any other problematic symptoms.As per the basic protocol all baseline investigations were carried out which were all in normal range. Not finding any cause for his current health status, I advised him to undergo an ultrasound for a more in-depth analysis.But as expected the poor farmer wasn’t lucky enough to have his relatives or friends in the hospital who could favor him to get his scan done timely.Nepotism and favotism is more rampant than H pylori.
Directly Jumping to diagnose isn’t a piece of cake with this limited workup but you surely can guess a common differential.
Stones in  kidneys?Infected kidneys?
Wouldn’t you expect fever , positive family history , history of weight loss, palpable nodes ,aches in joints and tenderness in renal angle if it were something obnoxious? Considering stones in kidneys , it is a plausible explanation. He is a farmer who continuously works in the field and can barely make time for even a glass of water.Dehydrated kidneys are cozy homes for the stone formation. Besides, stone in kidneys is a common problem for the general population.
Considering stones a satisfying possibility, I couldn’t stop myself from asking the poor man to get his scan done from a private hospital because it was beyond my control to schedule him for the scan from my hospital in a day or two.Thankfully ,the patient didn’t turn down my request and the report arrived on the same day.
But to my surprise,  there were no stones in kidneys. It definitely hurt my ego.I looked the name of the radiologist as everyone does when the expectations don't meet . He was an eminent radiologist so i decided to convey my worries to my colleague.I told him that i wasn't quite satisfied with the flow of the case.What would be your next step? Send him home with analgesics ? Convince for new investigations ?
He was not in a state to undergo anymore investigations neither mentally nor economically.But, I convinced him to return within a month for a follow up.
I was waiting for him to come. When he came again, he said he had repeated pain on the flanks at times, which subsided with antispasmodics.
I requested him to get ultrasound abdomen and urine routine again. What was revealed brought some light to the case.
He had swelling of the kidneys on both sides medically known as hydronephrosis. In fact,  it is dilation of pelvicalyceal system rather than enlarged kidneys. The kidneys don't swell with ego as man does. There must be some obstruction to swell them up. So I convinced him to get the CT scan done . It didn't add to the diagnosis. There was no obvious obstruction with stones or tumors. Before the CT scan report,  I thought  that the poor ultrasound  couldn't find stones in gray area of urogenital tract, lower ureter.
What do you think now ?
There was no visible obstruction but that didn’t mean that the obstruction wasn’t there.There was.He had derangement in renal function as well. His serum creatinine was 1.7 mg/dl, which was 0.5 mg/dl higher than the first time.His urine was bland. I would expect atleast some RBCs in urine if it were stones or luminal culprit. However, it is not hard and fast rule. So, what would be the next step?
Suppose the patient had hemoglobin around 8 mg/dl with history of loss of appetite and unconfirmed weight loss since months. What would you do then ? You insert scopes to find out the loss. To your expectation, you found cancer stomach, proven on biopsy few days later.  The possibility of the tumor seeding to ureters and encasing them to cause obstruction would be a likely explanation. But such was not the case in this poor farmer. He didn't have abnormal lab tests. It wouldn't be logical to search the tumors in his body just to satisfy thirst for diagnosis.
I decided to consult the CT scan report again. On discussion with the radiologist, he looked for the possible culprits in the urogenital tract and its vicinity. He had retroperitoneal fibrosis, which was initially ignored. So what ?
We sent IgG4 levels in blood and asked the radiologist to take biopsy from the mass behind retroperitoneum.
The biopsy was especially ordered for IgG4 Staining. The pathology report came positive with description of storiform fibrosis.
Our job is to treat not just diagnose.So what would you prescribe him?
Retro peritoneal Fibrosis needs Steroids and methotrexate .
There is always a better option Rituximab if the patient has a financial means for it. 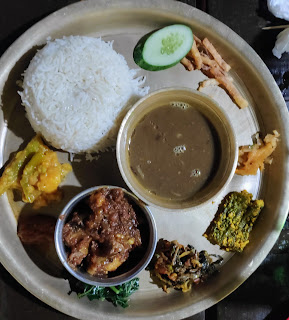